So with this in mind I’ve taken on a little project…..

after visiting the L’Eroica Brittania event this year, a vintage bicycle event held annually in Bakewell, I’ve been hunting for a vintage bike or bikes to take on as a restoration project through the summer, and after much searching a suitable candidate has arisen..

The bike in question was a true “barn find” found by a fella in the roof space of a workshop where he works, keen to clear the space he listed said bike on a well known auction site for a buy-it-now price of a mere £200

Unable to resist, I did some research on make, model and availability of some parts that I could already see we’re going to need replacing, then I did indeed “buy-it-now”

So now I’m the owner of a 1979 Motobecane Touring Tandem.! Most of the once chrome parts have rusted, the chains are either missing or unserviceable,the tyres have long since expired, the gears and brakes no longer work, with exception on the hub brake, which has seized solid.. Most of the other parts are either missing, damaged, or corroded.. 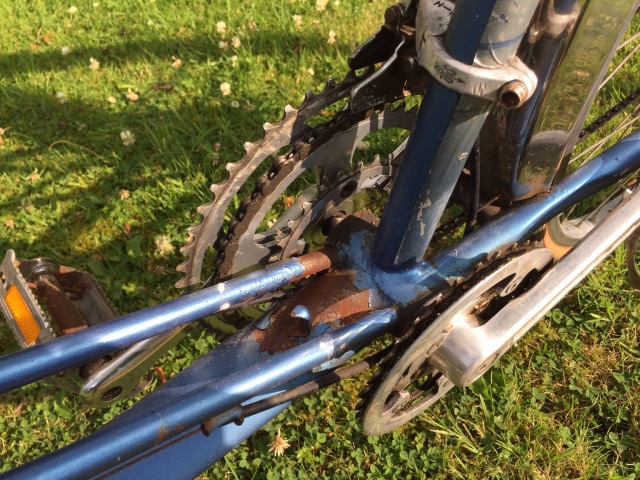 its been a couple of years since I’ve written anything here, gonna start blogging here again, but in the meantime here’s some pictures of a few of my many bikes ❤ 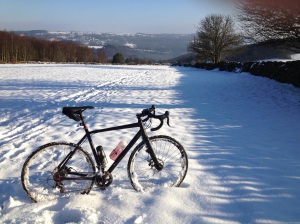 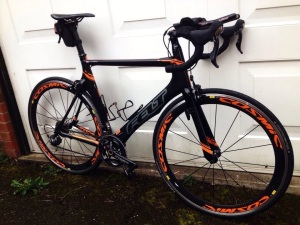 Posted on February 24, 2013 by Mountainbasher

Link to my Garmin route below!

Posted on February 21, 2013 by Mountainbasher

Nice offroad ‘head torch’ run over the Chevin just enough to loosen the kegs and work up a Lamb Shank sized appetite.
Also stumbled across a nice punchy review of the top 5 GPS computers. (My review of the Garmin 910xt still to come)

Posted on February 19, 2013 by Mountainbasher

Day Off @ the Bike and Tri Show

Posted on February 17, 2013 by Mountainbasher

Slightly disappointed at the size of the place, not a heap of things to see, and very little in the way of innovation being exhibited. on the upside there were plenty of freebie hand outs from all the sports drink/supplement companies, and a very worth while talk by Mike Hall, record breaking around-the-world cyclist, who told of his 18,000 mile around the world epic, and flippantly tells of ““I got across Europe and onto Asia Minor without a puncture. Then I got my first one about 50 miles outside Ankara [Turkey]. I got one or two in India and then I didn’t get any more until Sydney. Then I got three in about half an hour and I stopped counting after that.” like it was a weekend away..

the show would be worth a visit if you are in the area next year, but i wouldnt travel a long way especially.

Posted in Uncategorized | Tagged Day off | Leave a comment

Posted on February 16, 2013 by Mountainbasher

19.3 mile training run around the Rugby Rover route, nice day to make a change, could this be spring?
Also first day out with the new garmin 910xt – full review to follow.

Posted on February 14, 2013 by Mountainbasher

This is just a test post.
here’s me and my bike

Image | Posted on February 14, 2013 by Mountainbasher | Leave a comment

Posted on January 7, 2013 by Mountainbasher

*blows dust off*
Is this thing still working?
Is there anyone out there?
I guess it’s time I started blogging again, it’s going to be a hell if a year with lots if life altering events, from negotiating the property markets, doing the Worlds Hardest Triathlon and becoming a dad for the fist time.
If I can’t find something amusing in that lot to blog about, I guess there’s just no hope.

Posted on December 9, 2011 by Mountainbasher

Welcome to WordPress.com. After you read this, you should delete and write your own post, with a new title above. Or hit Add New on the left (of the admin dashboard) to start a fresh post.